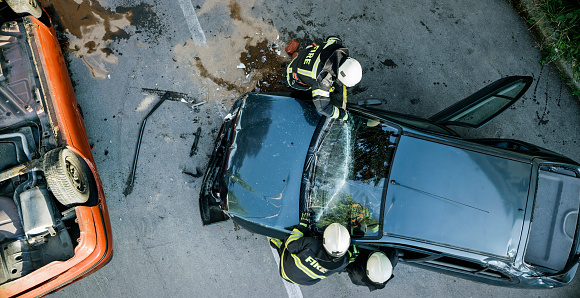 In an effort to alleviate traffic congestion and prevent car accidents, Colorado Springs city officials are considering making $3.5 million worth of improvements to 8th Street on the southwest side of the city, according to KRDO News.

What road improvements are being considered for 8th Street?

The wide-ranging road improvement project will focus on 8th Street between Motor City Drive and Fountain Creek, KRDO News reported. Traffic congestion can be especially bad in this area. This is due to commuters and customers for many businesses located there, including a Walmart store on South 8th Street.

One problem in particular that needs to be addressed is poor visibility due to heavy traffic. A senior city engineer told KRDO News that traffic congestion often makes it hard for drivers “to see their destination in time to make a safe turn.” As a result, many drivers then make an unsafe U-turn, which can result in an accident.

As a result, the proposed project would improve traffic flow in such congested areas. The project also includes plans for new or wider sidewalks. In particular, the project calls for adding sidewalks that connect walking trails to the growing Gold Hill Mesa subdivision.

"We're hearing that people want better and safer access for pedestrians and bicycles," Egbert said to KRDO News. "We also want to make turn-in and turn-out lanes and merge lanes safer to and from the businesses."

Car accidents involving other cars, pedestrians, or cyclists happen for many different reasons on 8th Street. According to residents and business owners interviewed by KRDO News, common causes of collisions on this heavily-traveled road include:

In addition, distracted drivers, including texting drivers, can also often be a factor in many Colorado Springs car accidents.

What to do if you're injured in a car accident

If you or a loved one are injured in a car accident on 8th Street or any other road or highway in Colorado Springs, it’s important that you take certain steps to protect your rights and your health. These steps include:

Learn your legal rights and options. Talk to a car accident attorney today.

Get the lawyer who gets results. Contact our law firm to schedule a free case evaluation with a Colorado Springs car accident lawyer who knows what it takes to win. At The Longo Firm, LLC, we know how to handle complicated accident claims – and we have the case results to prove it.

Don’t take chances with your future. Take action. Schedule an appointment with us right now.