The truck driver who caused one of the deadliest truck accidents in Colorado in recent years was recently sentenced to 110 years in prison, according to Fox 31 News. 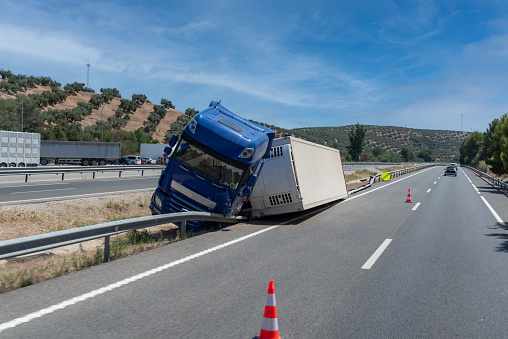 The recent court verdict involved a 2019 truck accident on I-70 in Lakewood, Colorado. Four people died and numerous other people were injured in the accident. A Jefferson County jury convicted the tractor-trailer driver of 27 charges, including four counts of vehicular homicide.

When the truck accident occurred three years ago, Lakewood Police Department Agent Ty Countryman said, “This is looking to be one of the worst accidents we’ve had here in Lakewood,” according to another Fox 31 News report.

The case has drawn national attention because of the very long prison sentence, which critics say does not fit the crime. As attorney Stephen Longo told KOAA News 5, "Judge Jones even said himself, I don't like rendering this sentence, I don't think this punishment fits the crime." Attorney Longo also pointed out that the prosecutor should have taken the sentencing implications into account before bringing charges - and that if the case comes back to court, it will make it more difficult for the families of the victims to find closure.

How did the I-70 truck accident happen?

The tractor-trailer driver who caused the April 2019 crash was going more than 85 mph downhill on I-70 East when he crashed into more than two dozen vehicles, including four other semi-trucks. The vehicles were stopped on the highway due to a previous accident. The impact of the second accident created a fireball that engulfed many of vehicles. Police closed I-70 in both directions for several hours, according to Fox 31 News.

The at-fault truck driver claimed his brakes failed and he couldn’t control the truck. However, during the trial, jurors learned the truck driver passed four runaway truck ramps. Questions were also raised during the trial about the condition of the truck’s brakes and how well they were maintained, Fox 31 News reported.

How common are truck accident fatalities?

While the Lakewood accident was particularly deadly, fatal truck accidents are unfortunately not uncommon. Each year, an average of 4,559 people die nationwide in accidents caused by commercial truck drivers, according to truck accident statistics compiled by the Federal Motor Carrier Safety Administration (FMCSA).

The upward trend in truck accident fatalities was even worse in Colorado. Between 2009 and 2019, the number of people killed in accidents involving large trucks was 71 people each year. And the number of deaths during that time period increased by 157 percent from 40 deaths in 2009 to 103 deaths in 2019, according to the FMCSA.

How dangerous is I-70 in Colorado?

While truck accidents can happen anywhere, certain roads and highways are more dangerous than others. This includes Interstate 70 in Colorado, where the fatal truck accident happened in April 2019, according to a nationwide study conducted last year by Value Penguin.

According to the study, I-70 in Colorado ranked in the top 10 nationwide in several categories for the most dangerous highways in the country. This includes fatal accidents in which the driver was under the influence of alcohol (I-70 in Colorado ranked 6th), fatal accidents due to adverse weather conditions (8th nationwide) and the most dangerous highways overall in the country (47th nationwide).

What are common causes of truck accidents?

Accidents caused by commercial truck drivers happen for many different reasons. Some of the most common causes include:

Whatever the cause of your truck accident, make sure you have an experienced lawyer thoroughly investigate your accident and demand the money you rightfully deserve.

Why should I hire a Colorado truck accident attorney?

You might think you don’t need a lawyer if a truck driver clearly caused your crash. Local police, the state police and the National Transportation Safety Board (NTSB) might already be investigating your crash. But it’s important to understand they’re only focused on determining why your accident happened. They're not concerned with whether you’re fairly compensated for your accident-related expenses.

That’s our job. And Colorado Springs truck accident lawyer Stephen A. Longo knows how to find the facts that matter when investigating commercial truck accidents. When you have The Longo Firm on your side, you can count on us to leave no stone unturned. We know how to analyze accident reports, deal with trucking companies and negotiate effectively with insurance companies.

Get the law firm that gets results. Contact us and schedule your free case evaluation with a Colorado Springs truck accident attorney Stephen A. Longo. We handle legal cases throughout Colorado and Arizona.